My first month in Spain has been full of varied experiences. I didn’t know what to expect when I landed here. The work I’d be doing, where I’d sleep, what I’d eat and if I would be able to communicate with anybody was all a mystery. What I discovered since arriving here was the sense of community and simple way of life I’ve been searching for over many years. I discovered an extended family that welcomed me with open arms, hundreds of unique individuals, new friends, and more about the kind of person I want to be and the sort of life I want to lead.

On my first morning after surviving three flights and an overnight bus trip I watched the sun rise on a beach in Santander. It was a glorious moment where I was able to appreciate the feeling of complete freedom. Hours later after walking the Camino backwards from Santander, I found myself washing dishes, preparing dinner, then sitting down for a meal with my new family at the Albergue in Güemes around 10pm, true Spanish style.

In the morning I was exposed to the routine the next month would hold; breakfast duty, eating, cleaning, welcoming hikers, preparing and serving lunch, cleaning, eating, welcoming hikers, siesta, preparing and serving dinner, cleaning, set up for breakfast, eating, then sleep. For the most undomestic person on the planet this was certainly a shock to the system, but as time went on, cleaning became therapeutic, much like walking. Sweeping, mopping, collecting water from the fountain down the hill, scrubbing bathrooms, drying dishes and looking after tired, hungry hikers was some of the most satisfying work I’ve ever done. 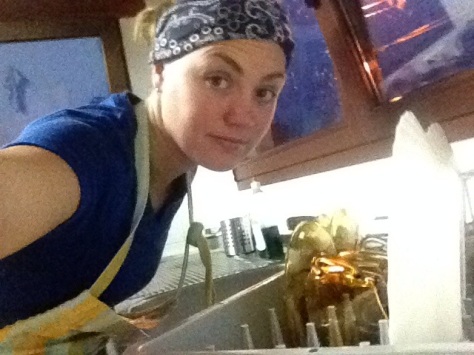 As a volunteer I had no expectations outside of a bed and being fed. What I received in return for my hard work was far beyond my imagination. Hiking trips into the mountains, local festivals, concerts, baptisms, a visit to the prison where some of my short term colleagues are released from to volunteer, trips to the beach, bursts of improvised song and dance, and the best homemade meals I’ve ever tasted (second to my father’s of course!) 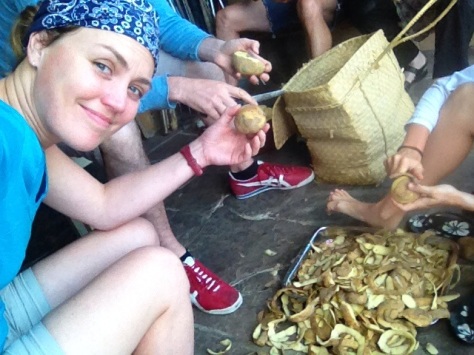 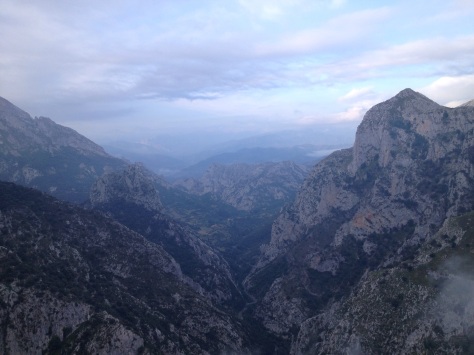 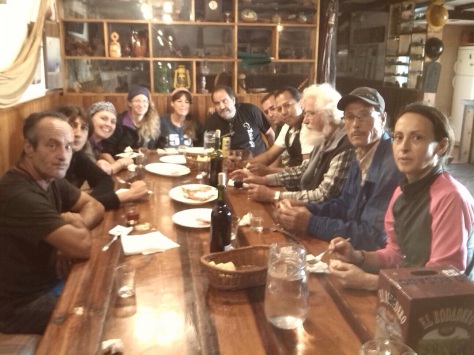 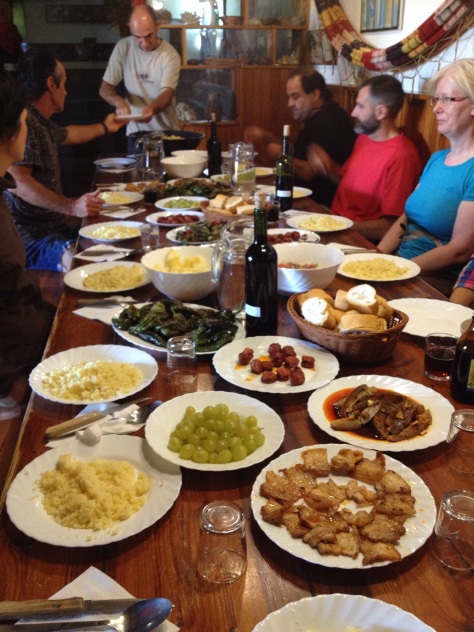 Güemes is not a regular Albergue along the Camino del Norte. The property belongs to Ernesto, a 77 year old practising priest who was born in the original house which belonged to his grandfather. The family fled the house during the civil war, and Ernesto retuned after completing his studies in theology, working in the mines and as a priest in the tiny village of Tresviso high up in the Picos de Europa, and after travelling through Europe, Africa, Central and South America for 27 months with three of his friends in a Land Rover to experience what he calls the ‘University of Life’. Upon his return he restored the house alongside numerous volunteers, who bit by bit, built the sheds, cabanas, bedrooms, library, bathrooms, meeting space and hermitage that now exist on the property. The Albergue is open every day of the year and has become a well known stop along the Camino. On more than one occasion we had over 100 pilgrims stay the night. There is also no fixed price for the Albergue, visitors are simply asked to judge what the experience has been worth to them and to take responsibility for the continuation of the project for other pilgrims.

One of the greatest lessons I learned during my time in Güemes was to go with the flow. Although my Spanish improved considerably, it was impossible to know what was going on most of the time. I would suddenly be whisked away in a car, dragged into the kitchen, sent to collect bread, asked to peel vegetables, told to move bedrooms, taken to a monastery to pray with nuns, sent to the beach, told when to sleep, when, where and what to eat, and where to clean. I witnessed those who tried to swim against the tide struggle. Like pilgrims, the Albergue attracts volunteers from all over the world. There were people from Spain, Germany, Austria, Switzerland, Finland, Italy and of course Australia there to help. It was fascinating for me to witness how each individual adapted to the environment of the Albergue. Those who swam with the tide had a much more positive experience than those who swam against it. After one month I bid my colleagues and new Spanish family farewell to begin a new chapter. Though I’m not exactly sure where this tide will take me, for now, I’m just going to go with the flow.