Today Ali, Agnes and I set off on a two-day detour off the Camino to hike up to the small village of Tresviso, 900m up in the lower part of the Picos de Europa mountain range.

The photo above was hung next to the fireplace in Ernesto’s living room, and when Agnes first talked about making the trip to go there, I knew it was an opportunity I couldn’t miss. The trip to the base of the mountain consisted of a bus trip to a tiny place called Urdon, which is basically a stop in the middle of nowhere between Santander and a town called Potes. We ended up getting a lift some of the way by a priest who owns the Albergue in Santander thanks to some fine negotiating by Ali, then the bus took us on the windy road to the base of the mountain. 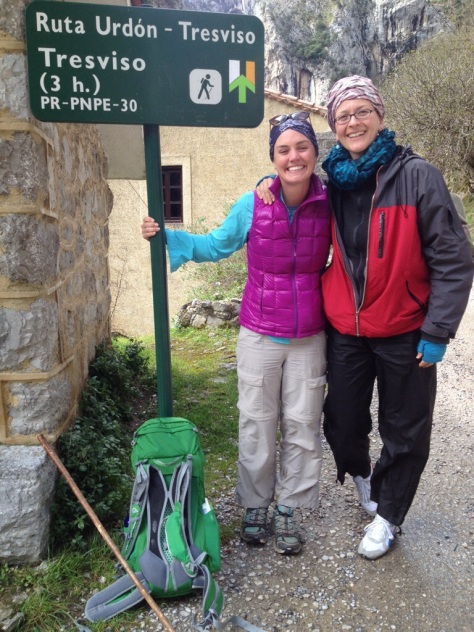 It was the perfect day with the sun shining but the air still fresh. I left my tent in Santander so my pack was a little lighter which made the going up easier and much more enjoyable. It reminded me of doing the side trip of Mt Whitney in the Sierras, even though this was nowhere near as high. I can sometimes have quite a narrow focus and was surprised that I felt so relaxed about straying so far from the Camino. In a strange way I had the sense from the moment we made the decision to go, that this was always meant to be part of the journey. 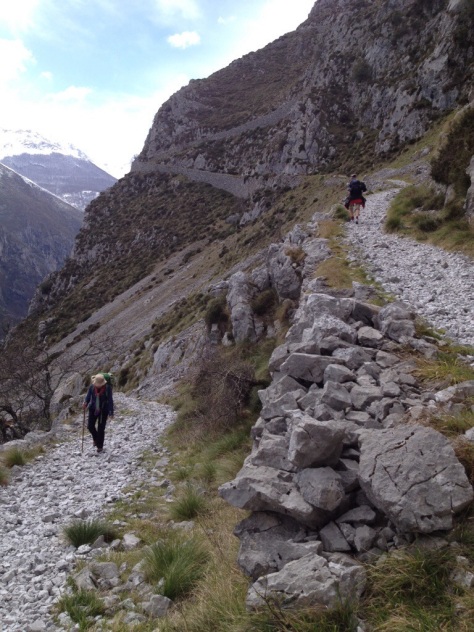 It was incredible how quickly the trail climbed with what felt like very little effort. Of course we passed people who had just run up the mountain and were on their way down all in a matter of a few hours, but it was so nice to have the time to take in the views, breathe in the mountain air, and admire the beauty of the peaks surrounding us. 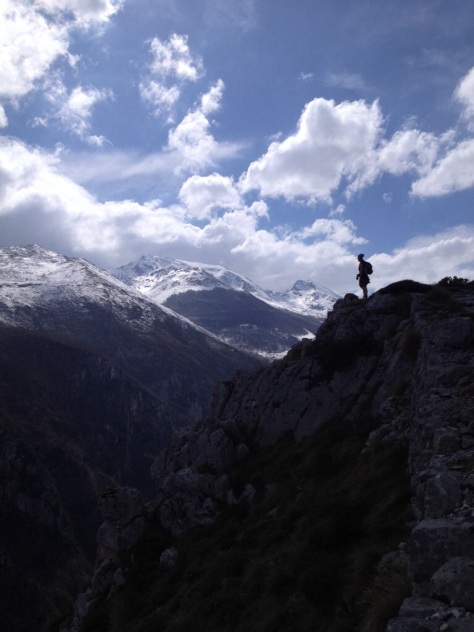 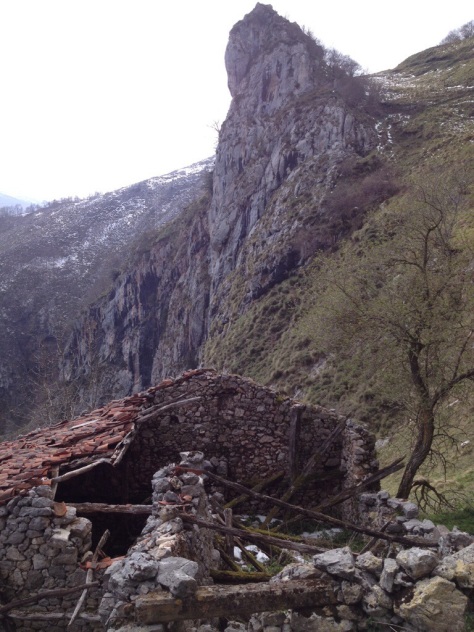 Even though we stopped for snacks and breaks on the way up, it took us just over 3 hours to make it to the top. There were eagles circling in the current of the wind above and below us, sheep with bells on to greet us on arrival, and horses calling to us from the snowy paddocks on the other side of the hills. There was probably about 10cm of snow at the top, just enough for Ali to write a birthday message to her youngest son Jake who was turning 22, and for Agnes to make a snow angel.

I believe there’s less than 20 people who permanently live in Tresviso, the others just come up for the summer. The fresh layer of snow gave the whole village a mystical feel as we made our way to the bar at the top of the hill. We sat around the wood fire in the corner drinking hot chocolate and drying out our wet shoes and socks. Ali immediately made friends with the bar man with her impeccable Spanish skills, then we called Ernesto to tell him we’d safely arrived. 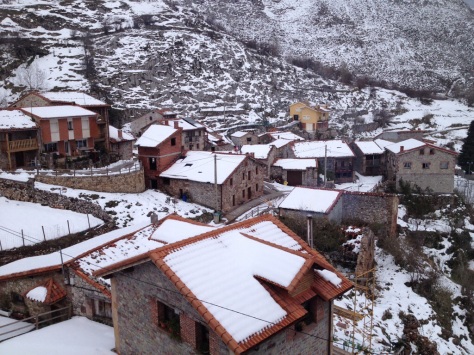 When the man at the bar heard we were friends of Ernesto’s we were made to feel like guests. He showed us to the Albergue which had 30 beds, a huge living space and a small but industrial looking kitchen. We made bowls of tea, ate the biscuits and cakes we’d brought with us, then Agnes emptied all the half bottles of red wine left by past guests into a bowl and made mulled wine. We huddled together in the kitchen while the heating warmed up chatting like old school friends. It’s hard to believe that the three of us, an Austrian, Australian and English woman who only met less than a week ago, would be sharing this experience together up in a tiny village in the north of Spain. 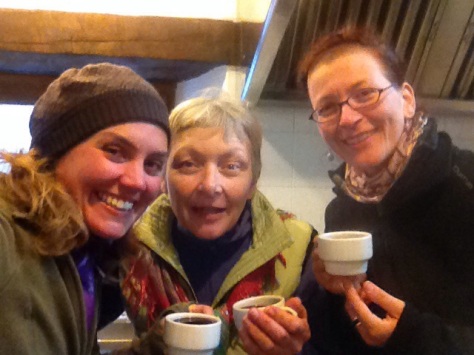 9 thoughts on “Day 13: Santander to Tresviso”