This morning I had breakfast with Fuller around 8am and chatted to one of the community members whose name I can neither pronounce or actually remember at this point. He was a very interesting fellow who told me about his experiences at the Glastonbury festival where the community runs a stall serving coffee. He made me laugh describing the difference between Spanish and Englishmen, mainly with actions although his English was extremely good in comparison to my Spanish.

I bid farewell to Fuller who headed off in the opposite direction back to Irun while I carried onto San Sebastián. There was a cute trail that took me to the edge of the sea, then a very steep road down to the city and the beach. I wore my knee braces today and was glad considering how stiff my poor legs were already feeling after Day 1.

San Sebastián is one of the bigger cities I pass through on the north coast of the trail. As such I decided this morning was my best chance at picking up some half decent trail food for the day. I got a little carried away at Carrefour buying at least 2kg worth of snacks, but at least I’d have the freedom to stop anywhere on trail and not depend on passing through towns on the Way. 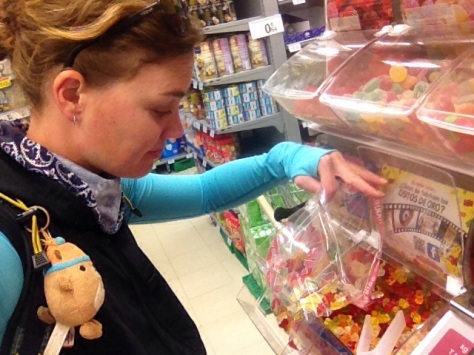 I had two cups of coffee this morning but felt quite lethargic walking along the promenade in the late morning sunshine. Motivation came in waves today and I thought back to how I was feeling on Day 2 of the PCT. I don’t remember my body hurting as much as it did already today, then again I did have a little too much Wild Turkey with Pac Man that night and remember wondering how I was going to make the climb over to Lake Morena!

Once circling the entire beach the trail started to climb. This actually got the body out of first gear and I could feel my mood lifting the further we got from the city. The feeling of being a complete outcast was slightly less today, but unfortunately when someone does decide to speak to me we can’t understand one another. It’s become so awkward I’m going to have to start studying the phrase book Fuller gave me, but until then I’m more comfortable surrounded by the goats and donkeys along the trail.

There was A LOT of road walking today. I felt like I was getting shin splints and my poor joints were starting to complain more than normal. I used my arnica rub which seemed to help a little, but it’s going to be hard to avoid the impact the hard surfaces will have on the body. Hopefully today was an exceptional case and not the norm. I think I also need to adopt a new strategy of starting much earlier and taking more breaks. The only time I really stopped today was a quick break to take off my shoes, put on some arnica cream and eat a few peanut M&M’s while talking to the huge white dog that was staring at me through the fence. 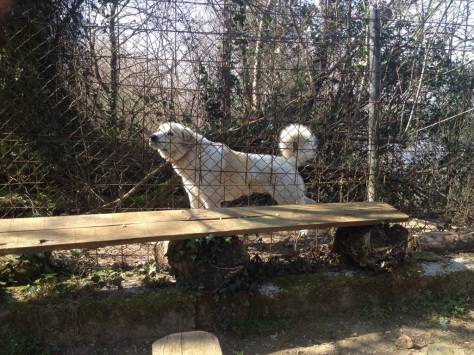 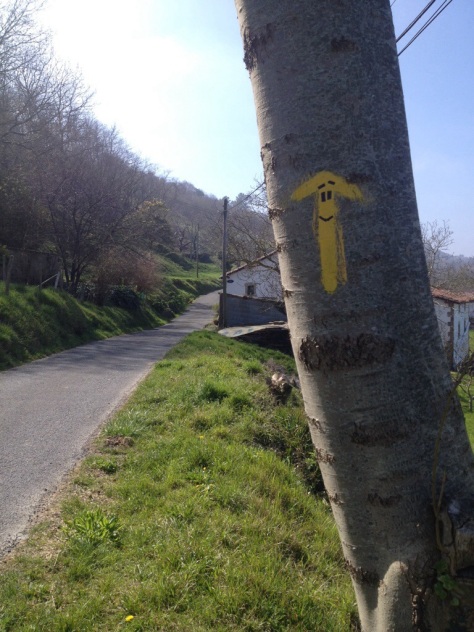 I stumbled across two people day hiking today, one of which was going to the bathroom when I rounded the corner. I have to say the whole going to the toilet thing is a bit weird on this trail. Generally you can find a random bar or hotel somewhere along the way, however if you do need to squat you have to be quick as there ain’t a great deal of privacy out here. They let me walk by and asked ‘Camino?’ as they pointed at my pack. I responded ‘si’, which is the only word that comes to me naturally. Another man stopped me today and asked the same question, then added ‘solo?’ He winced and shook his head when I said yes, which was the exact same response I got from another older man later in the day who asked if I was travelling solo.

One thing I do miss on this trail is the feeling of community. I haven’t met another Peregrino (Pilgrim) yet, and although I purposefully took a less trodden path for this exact reason, I do feel very isolated by both language and my appearance when I enter into towns.

I was so excited at the prospect of camping that I was bitterly disappointed when the trail remained on a road that led up the mountain past some beautiful vineyards, and then straight back down to the city. By this time I could feel a blister coming on, my legs were crying out from the bitumen beating, and there were so many people walking the same road finding a quiet place to camp was completely out of the question. I stopped saying ‘hola’ to people as my irritations grew, but the excited people who ambushed me when they saw I was on the Way made me smile, and I finally gave into a 20 euro room and warm shower when I got to the centre of Zarautz. I walked about 26km today with at least 20km on roads, so I have a serious hiker hobble this evening. I didn’t even go out for a meal and chose instead to eat my cheese and ham baguette in my quaint little room. I’m curious to see how I’ll pull up tomorrow!