When the alarm went off at 4am this morning I wished I’d gone to bed a little earlier than 3 hours prior. The notion of sleeping on the plane usually works for me, but my overtired, freezing cold state is preventing me from nodding off. I’m also in the middle, middle seat again. There’s definitely an unfortunate pattern reoccurring here.

My friend Murad had ordered me a cab for 4:45am, and I was ready to spring out the door except for the fact it was running late. Had I known what lay ahead of me at the airport I may have been a little more concerned, but 10 minutes later I was cruising along the colourful streets of this crazy magical city half asleep without a care in the world. 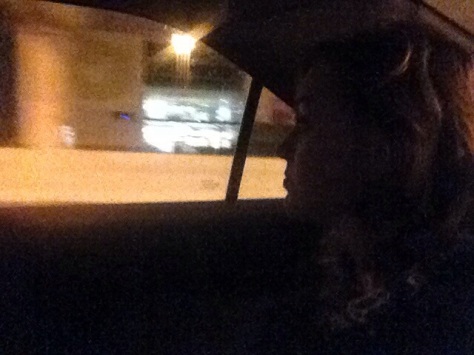 Then it all started. I wasn’t able to use the self check in which meant I had to line up in a horrifically long checkin queue which took 30 minutes to reach the counter. 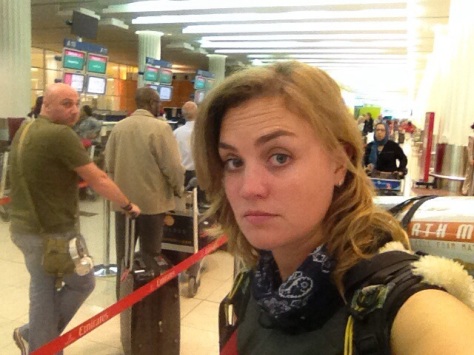 Once there the woman explained the flight was completely full, there was no way to change my seat, then she tapped and mumbled for a while before taking my passport over to another attendant on the far end of the checkin area. I waited for over 10 minutes, thinking she’s either trying really hard to move me to a better seat or maybe there’s a problem and she’ll come back with a couple of hardcore looking security personnel to escort me away. Why do airports always make you feel like you’re breaking the law in some weird way?

My pack only weighed 8kg but the other 2kg was in my smaller rucksack which I’m carrying on the plane. When the woman did finally return she explained something quite odd about Spain not accepting my Australian passport. I ruffled around and handed her my Dutch one, feeling even more like some international undercover agent dressed as a backpacker. 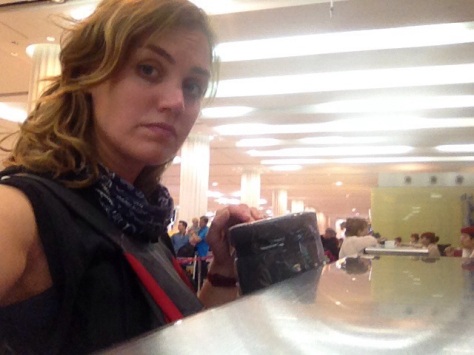 The whole checkin process took 45 minutes. Then came the queue for passport control. This is when I thought there could be a possibility of missing my flight. The photo below doesn’t do it justice, but the line ups were incredible, backing up even before people had passed through the entrance. I shuffled forward about one step every couple of minutes, checking my watch at least every 20 seconds and trying to gauge the levels of panic of those around me. No one seemed that phased really, meaning this must be typical for Dubai airport and as such they’d all arrived at least 3 hours early for their flight.

When I finally reached the lady at the desk she flipped through every page of my unidentifiable passport which is so worn now you cannot see what country it’s from on the outside. She got to the end of the pages, asked if I had a visa, then looked through every page again to find my stamps from Oman. When she looked for the third time I honestly started to question if my trip to Oman had in fact been some incredibly vivid dream. Surely I got the right stamps coming back in??

Finally she stopped on one of the pages, turned it upside down for a better look, then grabbed her stamp and thumped it down. Immediate relief. By this time my flight was already boarding and I still had security to get through. In my haste I almost left my phone in the plastic tub and almost ignored the man calling me back thinking they wanted to search my bag and delay me even further. On the way to the gate I ran into the bathroom, but again the line was so long there was no time. I ran back out and reached the gate as they were making the final call. I now understand why they suggest arriving at the airport at least two hours beforehand!

I’m sitting next to a young Spanish couple on my left who haven’t stopped talking for the last 4 hours. I haven’t made eye contact with them yet. On my right is a sweet elderly Indian woman who offered me to sleep on her shoulder after my head was dipping forward twice while falling asleep seated. I politely declined but she insisted several times, until I eventually gave in and awkwardly rested my head there for a few seconds of complete weirdness before thanking her and removing it. She lives on an island off the coast of Spain and is a vegetarian. These are the only two bits of information I know about this woman who offered to be my human head rest for the flight.

Just when I thought I’d used my quota of strange occurrences for the day, I arrived in Madrid, went to the transfer desk, got my next boarding card and then got stopped at passport control because I said I was going to San Sebastián and not Gran Canaria like my boarding pass said. Never mind the fact the guy wasn’t at all concerned that my name wasn’t Thomas Strankojr! He simply told me to go through despite my insisting I go back to the transfer desk for a new pass. He just shook his head and waved me through. Bizarre.

I managed to grab myself a new boarding card, SIM card and European travel plug, so other than forgetting the PIN number for my UK bank card I’m in great shape. Next stop San Sebastián!