Last night after I’d exploded my pack and taken over a very cute little shack for TA walkers, two other hikers arrived. They’re the first hikers who have caught up to me, and they started on Dec 8, which means they’ve been pushing big miles.

Julian is from Germany and Brian is from the states near Atlanta I think. They’re the most on schedule hikers I’ve met, knowing exactly what’s coming up and calculating exactly how much food they should be carrying for each stretch. I’m taking a very uncharacteristic relaxed approach to this trail. I carry 4-5 days of food, sleep wherever I make it to, and the only real regimented thing I do is hit the trail at 6:30am every day to beat the heat. I’m not sure if it’s all the time I’ve spent in Canada but I hate walking in the sun here. It’s so hot and burns you to a crisp within minutes, and I’m going through so much sunscreen I swear their stocks are about to rise!

Crossing the Taiharuru Estuary yesterday before reaching the walker camp:

Last night I left $20 for the guy who maintains the little hiker shack and tonight I’m at another random campsite in someone’s backyard with running water, a gas stove, outhouse, shower in the main house and some fresh produce. I gave these guys $20 too, and when I checked how much I’ve spent already in NZ I’m up to $1,200 in under 3 weeks!!! Shit! I read this trail is expensive but holy crap. I also broke another hiking pole and probably need a new pair of sandals too so the tally is only going to rise. Oh and it costs $15 to get across the next water crossing tomorrow morning, then there’s another short paddle section soon, a ferry over to Auckland, a four day paddle further south, and then two ferries to get from the North to the South Island. I had thought about paddling between the two, but I’m so overwhelmed by the costs and logistics and plain old hiking I can’t even fathom it now.

I’ve managed to find a state of contentment which is neither happy nor sad while I hike. It feels rather meditative in a way, and is allowing me to grit my teeth through the foot pain. I hiked most of the day in my fake crocs today because my small toe refused to walk inside a shoe, but I hit the most insane forest this afternoon, which forced me to wear my shoes on the 350m descent over 1km. It was horrific on my ankles and knees and was the closest I’ve come to running out of water.

I thought about quitting a lot today. A lot of this trail feels pointless, and when the roads actually bring you to a track, it’s so god damn steep and hot it’s just awful. There’s so much trail magic surrounding the trail, but it just doesn’t really feel like a trail. At the moment it feels like a suburban walk from town to town that detours up any steep hill or mountain in its path, then you either sleep on the side of the road or pay $20 to sleep in your tent in someone’s backyard. It’s all quite random really.

I’ve heard the South Island is steeper, which I can totally imagine and it turns me off hiking it completely. I keep wondering if I’m just in a shit mood and if these feelings will pass, but it’s really hard to say. The further I walk the more invested I become I guess, although today when I thought about needing to race the weather in the South Island I legitimately thought, ‘ah well, I’ll just go as far as I can.’ This is the exact opposite to the PCT. I needed to finish that trail as though my life depended on it, whereas this trail I just don’t have the same drive. I came out here to be in nature for 4 months, but I just feel like I’m on a treadmill going through the motions. What the hell is wrong with me? 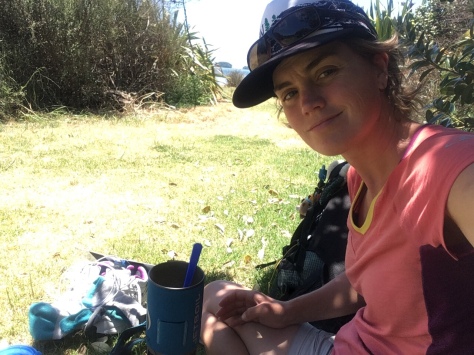 I know what you’re all thinking, and trust me I’m as disappointed in the way I feel as you are, but I’m just being 100% honest in this moment, because I can’t bring myself to write anything else, and sometimes just by writing it down I can move on and feel better. In fact I already do feel slightly better just getting that off my chest. Tomorrow is a new day! 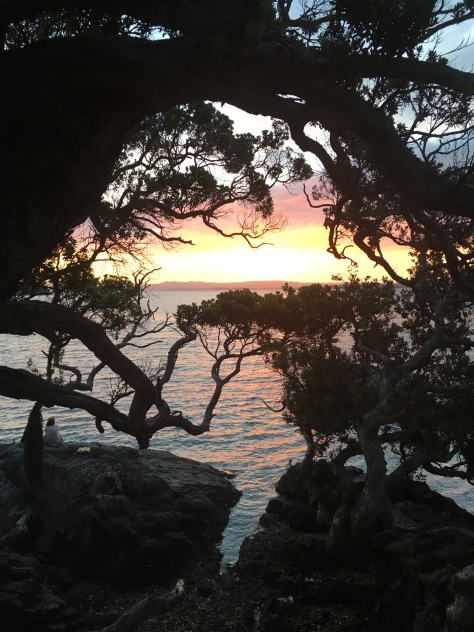