My legs felt like lead this evening as I pushed my heavy hybrid mountain bike up the steep hills of Vancouver towards my house, following my fifth straight day at work. In other jobs I’ve worked for months at a time with no days off, sometimes for more than 15 hours a day; but there’s something about working in retail and customer service which drains the lifeblood from every one of my veins. I’ve spent the last three days paddling boats in English Bay to gain hands-on experience about our rental fleet, but fatigue and hunger and my general feeling of blah urged me to stop at my local Vietnamese Phở restaurant ¾ of the way home tonight on Main St. I’ve named the place appropriately ‘Can’t give a Phở’ because I tend to stop here when I’m aching from the incline, and I can’t be bothered with the thought of cooking dinner at home.

On this particular occasion, sitting opposite my steaming bowl of raw beef and rice noodles, accepting the fact that with my miserable pay check I’ll need to work a full hour to cover it; I feel unusually alone. Not the kind of loneliness where I’m craving for someone else’s company, but the kind of isolated sensation where I realise that I do things like sit at restaurants or go to the cinema solo, just because it’s more convenient to be by myself. While listening to the stereo in the back corner pumping out karaoke style instrumental versions of popular music, I’m sliding into one of my favourite habits of overthinking.

Perhaps it’s a result of my hunger, or fatigue, or deepening sensation of isolation, but I can feel my mood slipping from a rather flat, insignificant feeling of dullness, to bored, to cranky, to being self spiteful, to overwhelmingly unmotivated, to a sense of being poisoned by my own negativity. The kind of feeling where my dark inner demons pull me deep into my own self disillusioned despair. This often happens when I’m on my own. When my brain has the time to focus and think solely about me. About my situation in life, and all the things that I could be doing better, or that I should be doing better, and where I eventually hit the bottom and question why I’m such a miserable and useless human being.

I snap out of these pretty fast, like a passing rain shower on a summer’s day when an unsuspecting cloud whips across the sky. For others this state of despair is more permanent, and I’m thankful to say I’m in the category where I might just get a little damp in the sudden downpour, but am able to dry off soon enough. For those caught in the deluge for long periods, I can only guess that eventually they feel like they’re drowning, becoming water logged so the effects are not only internal, but are also physically visible, like wrinkled fingers that have soaked in the bathtub for too long. But I’m no expert on these conditions, I only know what I feel, and the things I can learn about myself from those feelings.

My initial reason for logging my thoughts at this very moment was because I was thinking that if I were craving solitude and freedom, this would be the exact situation I would dream to be in. No obligations to anyone other than myself. I can sit alone in a restaurant amongst a few strangers and no one on the planet would know where I am. No one’s calling to find out when I’ll be home, what I feel like eating for dinner, asking about my day at work or making plans for the weekend. I’m a lone ranger, my own airline, cockpit and pilot. No one’s calling the shots except for me. Other than keeping to a revised bi-weekly schedule of around 35 hours a week, when my lifeblood is drained and I ride home with heavy legs, I’m completely free.

It made me wonder why our brains constantly crave the green grass on the other side of the fence. It’s not exactly the situation I’m in now, but it’s invariably something I contend with. Those times when I’m compelled to fence jump, because I’m tired of the side I’m on, fighting hard to make it over to somewhere new. And then after all those struggles to change, the mountains I climbed, the hurdles I jumped, the rivers I forded and the distance I travelled to get there, I want to go back to the original side I was on. 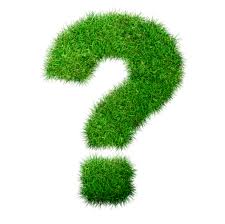 I think part of the issue is not looking after the grass on my current side of the fence. The grass that was green; exactly the way it had looked; but now is turning a little yellow, lying almost horizontal and lacking that lush, vitalised appearance it once had. I seem to forget that once I’ve chosen a side, I’m responsible for tending to that particular patch of grass. For feeding it and helping it grow. If I don’t assume responsibility the grass will inevitably turn dull and lifeless, or it will grow out of control into a jungle of weeds; until I look back at the grass I originally came from, with its lush green trim at the right height because it’s been carefully tended to. Of course I want to go back to that side, but that’s not where my life is anymore.

Then on the other hand I might see grass that’s far worse than mine in a different direction, but I ignore that brittle, patchy lawn in need of serious attention, thankful not to be there. That’s not grass I’m envious of, and it’s not a place where I want to be; but sometimes we all hit bumps in the road that allow our gardens to degenerate as badly as that one. And if we let it go too far for too long, we may accidentally cross into that place, because we can’t tell the difference between them anymore.

What this brief lesson in lawn maintenance has taught me is that I need to work hard to create the foundation I want to build my life upon, and then constantly maintain it. It’s a lot easier than letting it grow out of control or die altogether, where the only options are to simply continue living that way, work harder to repair it, or flee to a new patch and start all over again. The problem with the latter option is that if I don’t learn how to become a better gardener, the same thing will inevitably happen; no matter how tough or how green or how thick or how loved that lawn once was. If I don’t look after it, it will deteriorate in time.

Not everyone is going to have a manicured lawn in the end with the luxury to employ others to tend to it. But if I look after what I have, with the resources available, bouncing back from the dry summers and harsh winters that might set me back, I’ll end up with a few green sprouts in the springtime that will make me proud. And then maybe, just maybe, I’ll stop looking over the neighbour’s fence, and writing deep philosophical essays when I’m alone eating phở.

36 thoughts on “The grass is always greener”