I got all philosophical over breakfast this morning and started writing about searching for contentment and a few other things, but mysteriously the draft has disappeared, so I’ll have to save these thoughts for another day. There’s been a few strange occurrences today that have tested my patience like deleting all my favourite PCT videos and a host of others off my phone by mistake this morning, spending two hours trying to add data to my phone which ended with me making the purchase, only to discover that I may have accidentally bought a new SIM card that will be shipped to an old address in Australia, and being rained on so heavily I couldn’t even get my phone out to film because of the latex gloves I needed to wear over my fleece gloves and freezing cold hands.

The day was short (maybe less than 15km from Ortuella), and flat, so I’m counting this day as a nero (near zero kilometres). I was in a strange head space for a while, which made the endless walking on a cycling path a little arduous. There were also so many conflicting arrows pointing in three different directions at times that I started losing my mind and became verbally abusive at the trail, ranting out loud and stamping my poles in disgust. Luckily a kind man who may have seen my outburst walked just ahead of me and got me back on track. He even waited at the top of a steep climb for me to catch up so he could point me in the right direction. 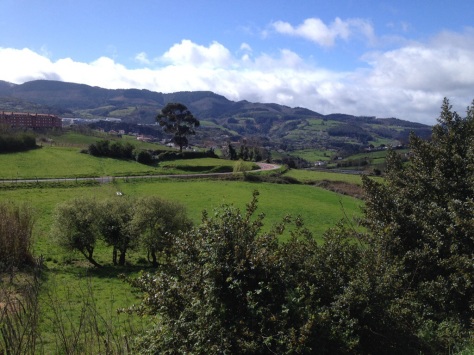 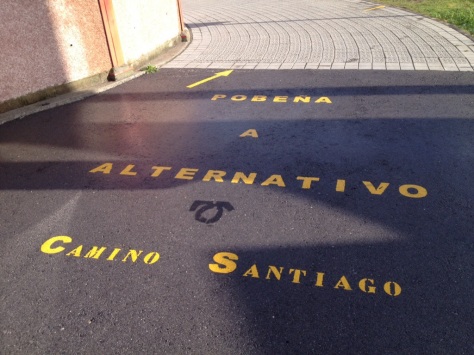 Everyone I’ve met has raved about Pobena, so when I arrived as the sun came out I had high hopes about finding a cute little cafe I could drink a hot chocolate and relax in. Because it was Sunday, the town was absolutely bustling, and all the bars were spilling out onto the pavement which meant there was little space for a dripping wet backpacker. I felt self conscious the whole time, and hid away in the corner of one bar with my chocolate a la taza.

When I left Pobena the trail wound around the cliffs of the Cantabrian Sea once again with breathtaking views. The powerful crashing sound of the waves was so rhythmic I fell deep into thought, and despite the bitter cold wind, the rain held off making the whole experience magical. I passed many people taking a leisurely stroll plus a Shetland pony I mistook for a large dog. 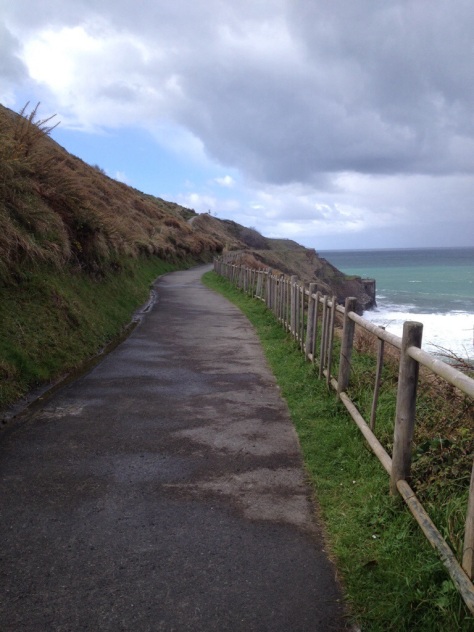 The trail continued along the cliffs until it swung into Kobaron, where as stated in the notes, there was no accommodation. I ended up having to cross over the provincial border into Cantabria to El Haya where I found a hotel with wifi and rooms for 35 euros. Not only that, this room has a bathtub which I’ve already soaked my legs and back in for a couple of hours. Now I’m waiting until 8:30pm to eat a proper meal downstairs for dinner. 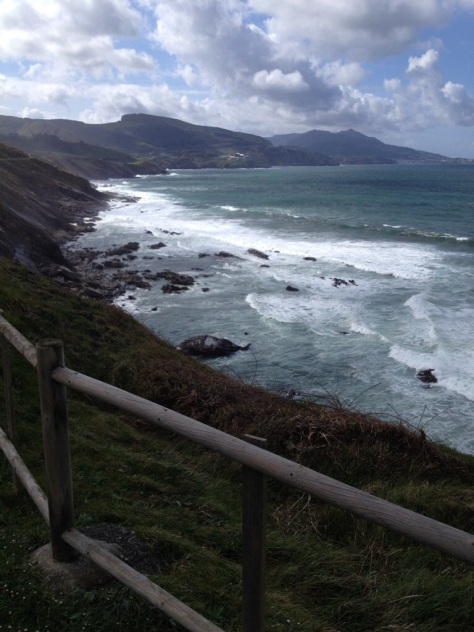 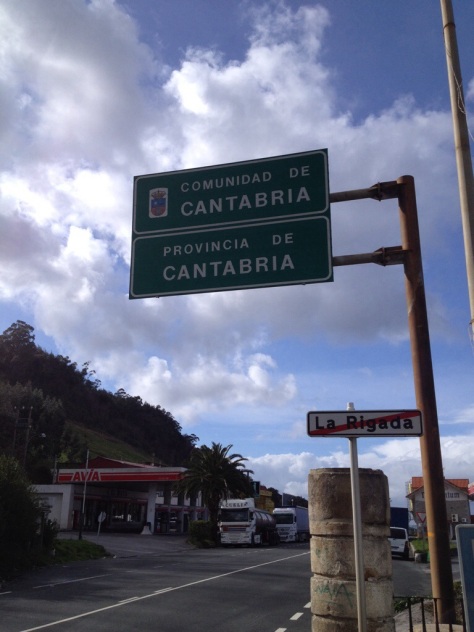 7 thoughts on “Day 8: Portugalete to Kobaron”