It’s the second last day of the event and it’s got to the point where I can participate playing limbo and bounce around on space hoppers because the crew have got it all under control! At the end of the first day I’d been running around for so many hours I’d completely forgotten it was my birthday. After debriefing the event staff my boss Flora pulled me towards the stage saying there was an issue with security. Suddenly the stage lit up, music started playing and my team emerged with UAE flags singing happy birthday!

It has been an eye opening experience. The kids here are a different breed and the language barrier has been a challenge, especially with lost crying children who don’t know what you’re saying when you ask them their name. I’ve seen some very creative parenting during the event. One father buried his kid in the sand to 1. Keep her warm and 2. Stop her from running away. 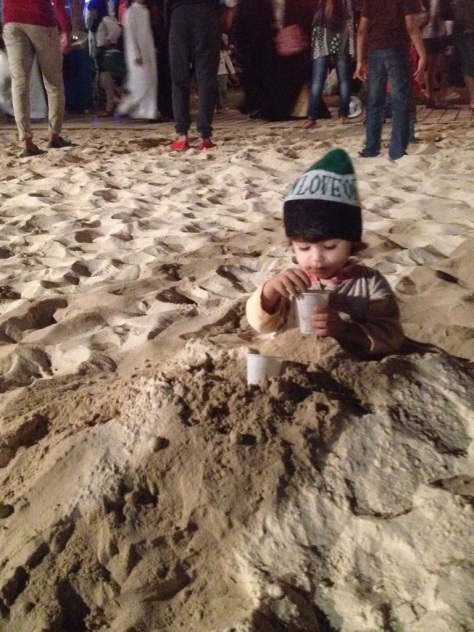 It’s National Day today and we’re expecting a huge crowd. We had over 22,000 people yesterday with a peak during the fireworks which are 300 meters off shore from the beach. We’re so close we had cardboard falling on us from the sky but as long as it’s not on fire we’ve been told not to worry. We do have Civil Defence and all of our fire extinguishes on the ready though just in case! 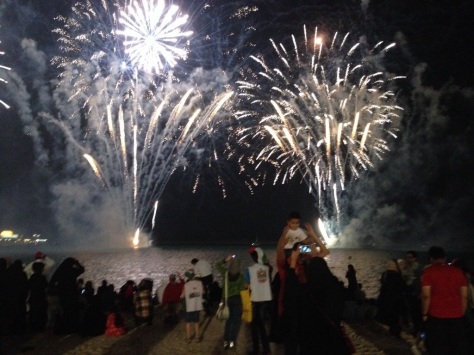 I’m having a ball and will actually be quite sad once it’s all over. It’s hard to believe in a few days I’ll be back on a plane to Australia. What a whirlwind! 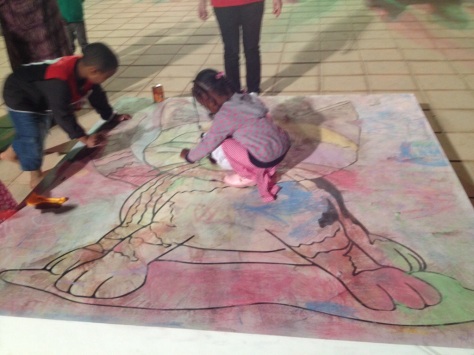 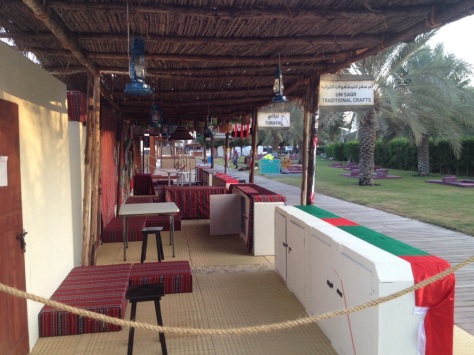