The breakfast room is filled with a German aircrew this morning. During the F1 it was Japanese tourists, but generally it’s just a scattering of random business folk and me. Finally the staff have stopped asking for my room number, and are close to predicting my pot of tea request depending on who’s serving. Today they have pancakes, they’re rubbery, but with syrup they’re still good. They have a pretty constant buffet selection but sometimes they go all out with French toast or pancakes. There’s one particular dish I pass up every morning called ‘Foul Madamas’. It’s probably one of the most unappealing sounding foods on their menu, but I really should try it, at least to say I’ve eaten Foul Madamas during my trip. 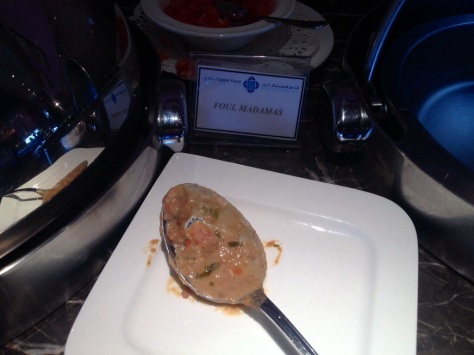 I got up early today to do my 30 minute cardio kickboxing DVD I’ve had for about 10 years. It’s hosted by that really annoying personal trainer from The Biggest Loser and after 10 years of hearing the same jokes repeated, predicting the same stuff ups and the part where she stops to tie up her hair, I’m kind of over it. It does mean I can exercise without leaving the comfort of my room though, and it was the first time I actually stepped foot in my lounge room since I arrived. I could seriously sublet half my apartment if someone was willing to sleep on the couch. I’ve barely even used the kitchen and should probably empty the milk that was in the fridge the day I landed. That’s pretty much all that’s in there still. 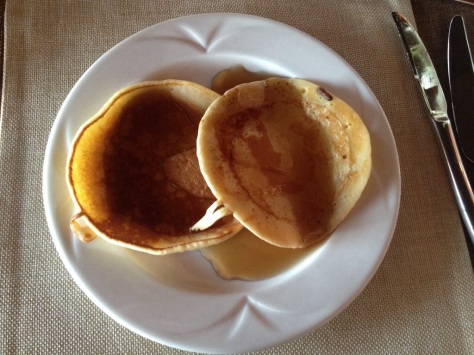 The whole breakfast room has cleared out except for two other guests. I guess this gives me free rein of the pancakes and foul madamas. It’s going to be another busy day. No beach visits sadly, but I’ve moved to a desk right next to the window so at least I’m getting some natural sun light during the day. Hopefully I’ll get back on the corniche again soon, Jillian Michaels and the treadmill just ain’t doing it for me! 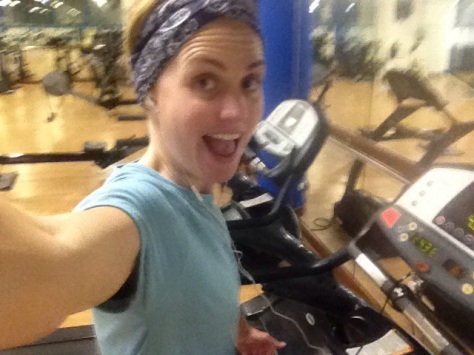 Instead of an afternoon tea break today, we went on a cultural excursion to visit the Sheikh Zayed Grand Mosque just minutes away from our office. I almost declined the opportunity as I had my head buried in health and safely documents, staff numbers, and other ‘real world’ concerns until I realised the need to seize opportunities when they arise. I’m so incredibly glad I did. It’s the 8th largest mosque in the world with 82 domes, 1000 columns and 24 carat gold chandeliers. It was absolutely breathtaking. 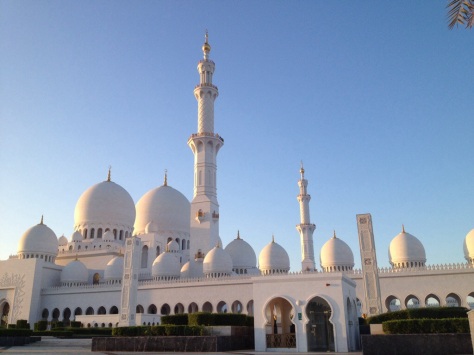 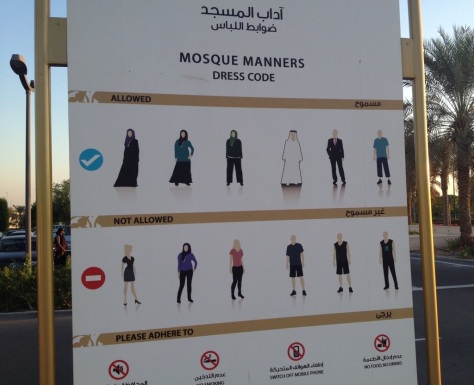 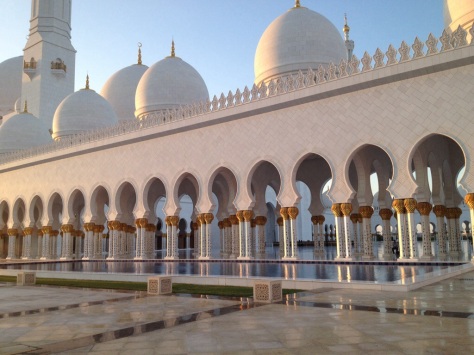 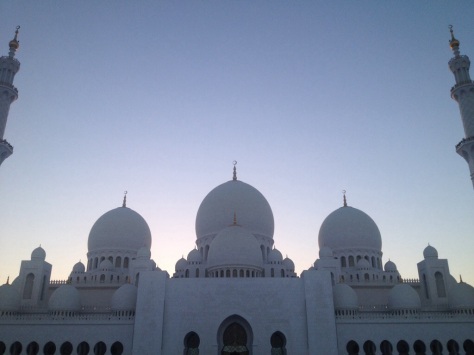 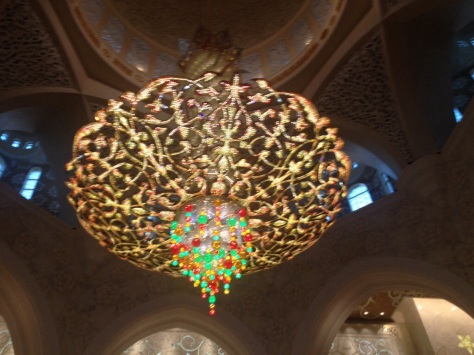